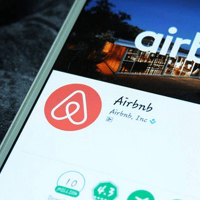 For years, Alexandria Yosh has relied on supplemental income earned by renting her house to visitors who need a short-term stay. The additional money is a cushion for Yosh, a single parent raising an infant. It has enabled her to thrive in a community she loves but where taxes are high, and the cost of living is steep.

To use her house for short-term rentals, Yosh took the necessary legal steps: she obtained a permit, took out commercial insurance, made sure her house was up to code.

Now Yosh will have to replace this income stream because the Town of Clarkstown on Tuesday voted to ban short-term rentals town-wide for single, two-family, and multi-family residential homes.

“I jumped through all the hoops I needed to in order to get my permit,” Yosh told the town council. “This income is necessary for me to keep my home. I have an infant at home. I own my home. I want to keep it. I’m hoping you will reconsider banning short-term rentals.”

Yosh was one of several residents in a crowded room divided over what to do about short-term rentals. But the town council, even after hearing two hours of testimony on both sides, made clear that it had made a decisive decision to foreclose on the possibility of residents being able to list their homes on Airbnb, VBRO, and other short-term rental sites.

The council voted unanimously to “prevent unregulated tourist or transient-oriented uses within all permitted and pre-existing nonconforming single-family, two-family, and multifamily dwellings and in residential districts and traditional residential neighborhoods.”

Still Councilman Patrick Carroll said he likes the fact that he knows who his neighbors are in his cul-de-sac in Bardonia where “his daughters can play in the street safely.”

The new law bans short-term rentals – those of 29 days or less – in all residential zones in the town.

There are two exceptions in the new code: one is to allow short-term rentals to house sellers after they close on the sale of their property, and for those residential properties that have permits under the old law. However, those permits will not be renewed when they expire.

Town Supervisor George Hoehmann said the town board had been considering a ban for at least three years; however in December 2020, the town added short-term rental provisions to the town code that required home-owners to acquire permits. Prior to that, there were no provisions or prohibitions on short-term rentals.

The urgency to crack down on short-term rentals surfaced after a violent shooting incident occurred in January on Turnberry Court in New City. The homeowner, Meir Shuvalsky, who purchased his seven-bedroom house at 3 Turnberry Court in December 2021 and rented it through Airbnb without obtaining a permit, is facing up to $15,000 in violations.

Residents from Turnberry Court, who made emotional pleas to the council to pass the ban, described a snowy day in January when their children were playing in the street, and innocently became witness to a shooting. No one was injured.

“I am still upset,” said Turnberry Court resident Michelle DeVine. “Six little children were playing in the snow. I just want to live in a safe neighborhood.”

But others urged the council to table the pending law and reconsider its all-or-nothing approach for people to use short-term rentals as a means of generating extra income. Some characterized the move as a “knee-jerk” reaction to the unfortunate shooting incident, while others accused the council of over-reaching their bounds.

“This is reactionary,” said West Nyack resident Sean Gerlis, who spoke through a sign-language interpreter. “This is based on one incident, one bad apple. Property owners should be able to do what they want with their homes. We work hard to remain here. We should have the freedom. We have a well-paid police force that has been protecting our homes. This was a one-time situation.”

Clarkstown is not a likely location for a proliferation for Airbnb-type rentals; it is not a New Jersey shore town or a ski resort community that attracts thousands of tourists. Many argued that short-term rentals have a place in the tourism eco-system, catering to visitors who may need to stay for a week or two in the area, to visiting nurses like the ones who came to the region during the pandemic, to large families who would prefer to have a kitchen rather than be beholden to eating out, to business travelers who prefer the comfort of a home-style accommodation over a hotel.

Councilman Frank Borelli said the decision boiled down to a quality of life issue.

“We don’t want groups of people changing every weekend,” he said.

Steven Lynn, a West Nyack resident said he’s spent the past two and a half years fixing up a 1925 house. He said he understood the emotional reaction to the horrible event that took place on Turnberry Court but implored the council to reconsider the “radical” decision to ban all short-term rentals, adding he’s accommodated visitors from West Point on a short-term rental basis.

“Travel is changing,” he said. “The world is changing. People travel for work. It would be a shame to raise a family in a community that is looking backward.”